The City of London’s Monument (to the Great Fire of London) is one of the area’s most distinctive landmarks.  With the claim to being the tallest isolated stone column in the world, it once towered over all that surrounded it.  Having climbed it twice, I can testify that it is indeed a substantial ascent!  And although surrounding tower blocks have now encroached somewhat onto its space, it still affords commanding views of the City and the river.

Taken on an autumn afternoon several years back, today’s image shows the rays of the setting sun faintly glimmering off the flaming golden urn at the column’s tip.  In the background, the core of The Shard (still under construction at the time) looms large in the evening sky. 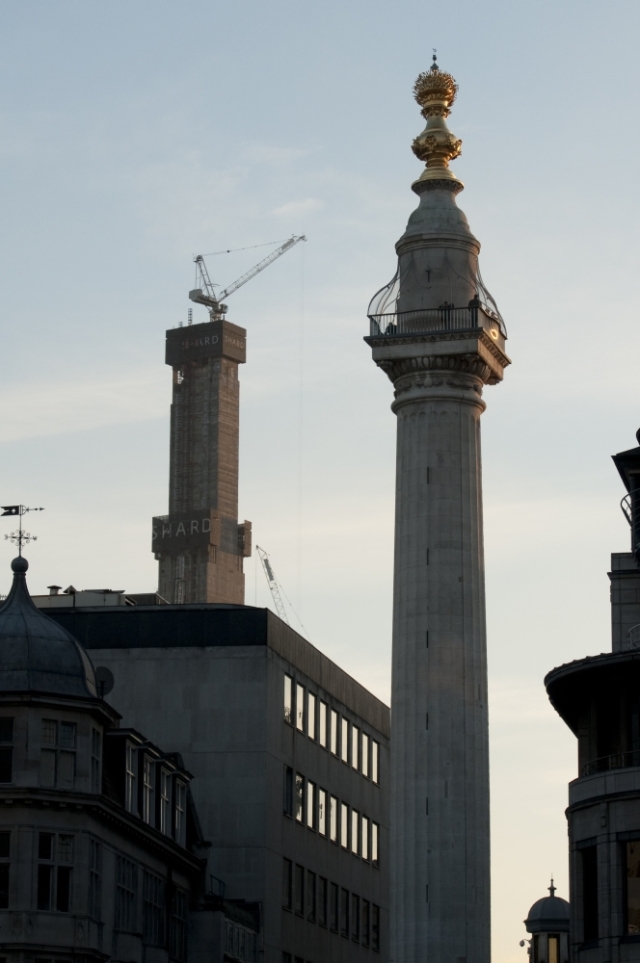 3 Responses to The Monument